Guest 1:    Kenji Jasper is an author, journalist and screenwriter whose work has appeared in Essence, Ebony, VIBE and on National Public Radio.  His first novel, Dark, was a Washington Post bestseller and he has earned praise for his books, Cake, The House on Childress Street and his co-editing of the anthology, Beats, Rhymes and Life: What We Love and Hate About Hip-Hop. He’s been featured in the collections Brooklyn Noir, DC Noir, Atlanta Noir and The Speed Chronicles from Akashic Books. His next novel, Nostrand Avenue, the first part of trilogy, was published by Kensington Books in the Summer of 2018.

Guest 2:   Christopher Chambers is a Washington, D.C. native and a Professor of Media Studies at Georgetown University. He’s written the award-winning bestselling Angela Bivens novels from Random House Sympathy for the Devil and A Prayer for Deliverance; his short story “Leviathan” was nominated for a PEN/Malamud Award for short fiction. He co-edited the popular The Darker Mask with author Gary Phillips published by MacMillan and featuring writers Walter Mosely, Lorenzo Carcaterra, Mat Johnson, Naomi Hirahara, Victor Lavelle, and award-winning artists like Shawn Martinbrough. He is the author of pulp novel Rocket Crockett and the Shanghai She Devil, and a contributor to Black Pulp .He is a contributor to the bestselling and Anthony Award-winning political/pulp/speculative fiction anthology The Obama Inheritance, published by Three Rooms Press, and the upcoming Black Panther, Tales of Wakanda, by Marvel. His “new-noir” crime novel Scavenger has been starred by Publisher’s Weekly as “groundbreaking” and “No holds barred.”

Guest 3:    Lisa D. Gray opens doors and helps other writers of color claim space in writing and publishing by curating several reading series in the Bay Area. She curated two seasons of The Bloom for 14 Black Poppies Arts Collective, which provided more than 50 writers of color with an outlet to share their work. Lisa has interviewed authors Devi Laskar, Jodi Picoult, Natalie Baszile, Renee Swindle,  Elmaz Abinader, Jacqueline Luckett and Faith Adiele in conversations that tackled topics around craft, inspiration, and writing practice. Lisa won the 2018 Edgar Award named for Robert L. Fish and the Henry Joseph Jackson Prize for Distinguished Fiction in 2014. She was a Fellow at the San Francisco Writers Grotto where she is now a member, and has earned writing scholarships to attend The Fine Arts Works Center, The Voices of Our Nations Foundation, and the Vermont Studio Center where she completed a residency. She is currently a fellow at The Ruby San Francisco and holds degrees in English and Creative Writing from Spelman College and Mills College.
She is a writer and leader who believes that it is necessary for black women and women of color to write and share our stories so that others do not erase or control our narratives. She is completing her first novel, Stolen Summer and is in search of an agent and publisher for her collection of short stories that focuses on black children coming of age from the 1950’s to present day. 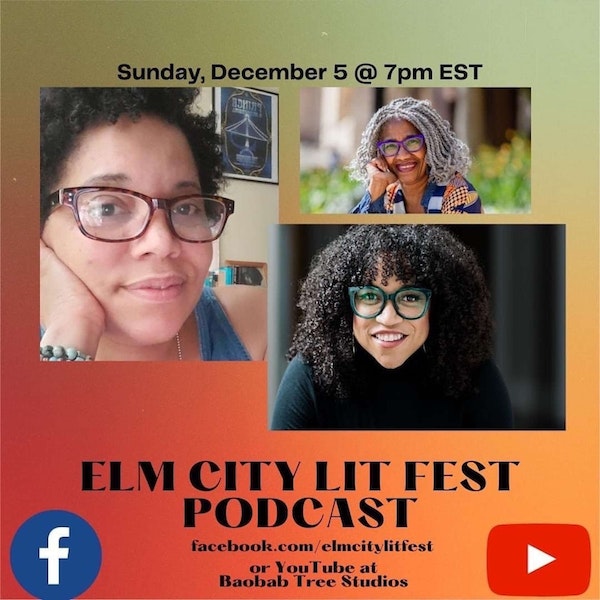 Canadian Festival of Literary Diversity (FOLD), Voices of Our Nation (VONA) Executive Directors and Authors on the significance o… 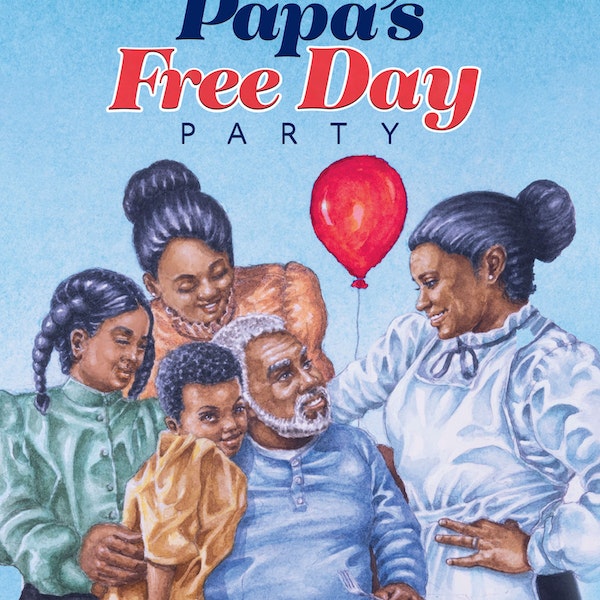 In this SPECIAL EPISODE Elm City LIT Fest welcomes our friends from People Get Ready Book Store as they celebrate with poet, auth… 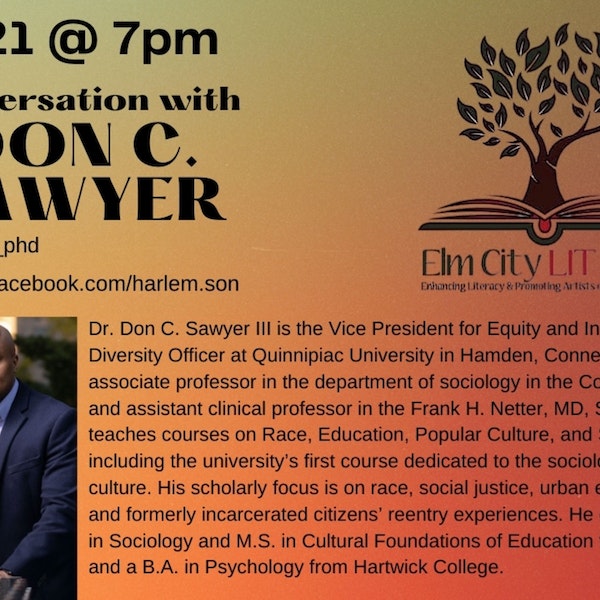 Discussion with Dr. Don Sawyer III on his work in the sociological study of Hip Hop Culture and his contribution to the book Hip … 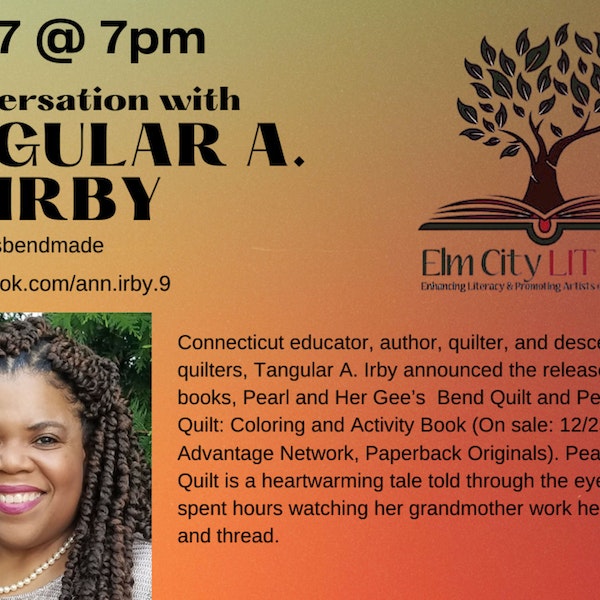 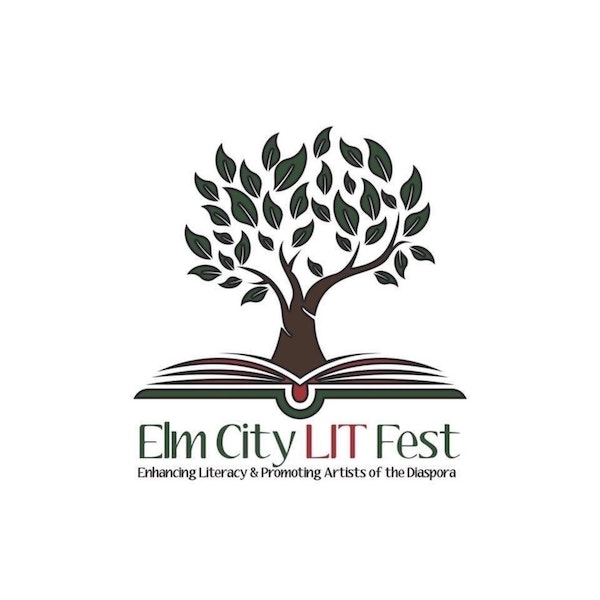 Tarell will share how his hometown of Miami, his time as a Yale School of Drama student learning under the wing of August Wilson/…