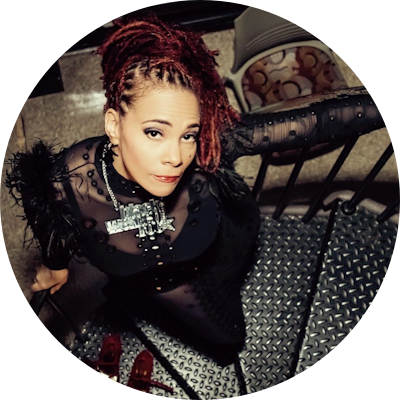 Jessica Care Moore - is the Executive Producer and Founder of the 16-year-old rock & roll concert and empowerment weekend, Black WOMEN Rock! Moore is a strong believer in institution building. Moore created Moore Black Press Publishing in 1997, and began publishing her peers, Saul Williams, Asha Bandele, Danny Simmons, and Newark Mayor and poet, Ras Baraka. and others. She is an educator and strong advocate for youth and women's voices. She has been called by many, "The voice of Detroit." She penned and voiced the award-winning Detroit anthem, "Move Here, Move The World."

Moore is the author of The Words Don’t Fit in My Mouth, The Alphabet Verses The Ghetto, God is Not an American, Sunlight Through Bullet Holes. (Moore Black Press) Her fifth book, "We Want Our Bodies Back” (Harper/Amistad) was just awarded the American Library Association Black Caucus Poetry Honor Award. Her full-scale theatrical work, Salt City, (An Afrofuturistic Techno Choreopoem) premiered in Detroit in 2019. She is the 2018 Joyce Award Winner, 2019 and 2017 Knight Arts Recipient, 2016 Kresge Art Fellow, The 2013 Alain Locke Awardee and the 2015 NAACP Great Expectation Award.

Moore captivated a national television audience in the 90's when she won the legendary “It’s Showtime at the Apollo” competition a record breaking five times in a row -- with a poem. Moore's poetry and voice is prominently featured on the 4th floor of the Smithsonian's New National Museum of African American History. She is a proud Detroiter and lives in the city where she raises her 14-year-old son King. 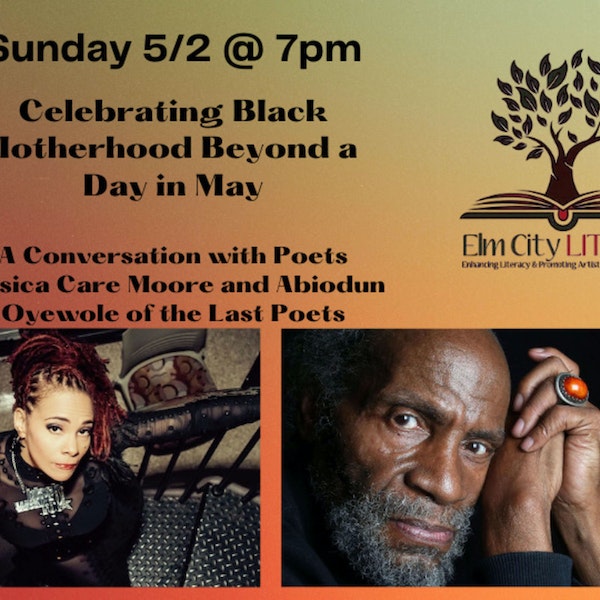 Celebrating Black Motherhood Beyond a Day in May

In Celebration of Black Motherhood with Poets Jessica Care Moore and Abiodun Oyewole of the Last Poets.